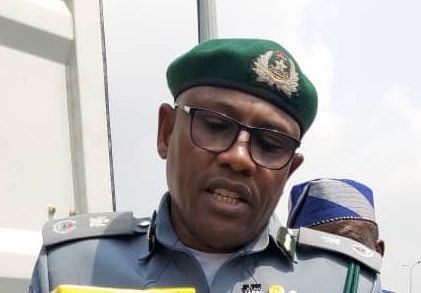 The Nigeria Customs Service (NCS), Apapa Area Command has declared the sum of N39.877 billion as its total revenue generated in the month of April, 2020.

This is inspite of the lockdown owing to the Covid-19 Pandemic in Lagos, Ogun, Abuja and other few other states in the country in the month of April, 2020.

Making this disclosure, the Public Relations Officer of the command, Mrs. Nkeiruka Nwalawho who is also a Deputy Superintendent of Customs said the record indicated an appreciable increase of over N2.5 billion when compared with the corresponding period of 2019 with N37.391 billion, when there was neither COVID 19 pandemic nor lockdown in any part of the country.

She said “recall that the command in the first quarter of 2020 generated N110.204 billion even with lots of challenges globally and Nigeria is not isolated from these challenges as critical sectors of the economy were adversely affected. However, the Nigeria Customs Service, and in particular, the Apapa Area Command remains resolute at ensuring that we collect the much-needed revenue for the Federal Government and also ensure the safety and well-being of the citizenry. This is through curtailing smuggling to its barest minimum while facilitating legitimate import and export trades”.

Nwala said that the command generated N38.489 billion in the month of March as against N39.877 billion collected in April, which indicates an increase of over N1.388 billion, adding that the increase in revenue collection was a product of many factors including, strict application of import guidelines, increased level of compliance by stakeholders and openness to address all complaints from importers promptly, among other measures.

Even in the midst of the ravaging covid-19 pandemic, the Command PRO said the Apapa Port remained open in line with the Presidential directive and customs officers were on ground discharging their functions of collecting revenue and securing the nation’s seaports against influx of prohibited goods.

Nwala, however called on stakeholders in the clearing chain to play their respective roles and make cargo facilitation more effective in this critical. She also called on importers to take advantage of the Presidential directive to evacuate their consignments before normal activities resume.