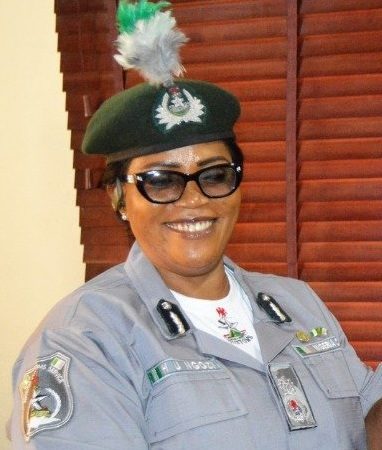 The Nigeria Customs Service (NCS) Oyo/Osun command on Tuesday disclosed that it made 72 seizures and 63 detentions between January and April, 2020.

The controller of the command, Helen Uche-Ngozi disclosed this at a press briefing in Ibadan on Tuesday at the Command’s headquarter, adding that the command has recorded a total seizure of 180 bales of fairly used clothes with duty paid value totaling N13,252,311 from a train managed by the Nigerian Railway Corporation.

She said, “We made an unusual seizure of 180 bales of second-hand clothing from the train operated by the Nigerian Railway Corporation with Duty Paid Value of N13,252,311. We got it in a coach.”

She further stated that during the states area command’s anti-smuggling activities of March and April 2020, at different points and axis of the command, made a seizure of 310 drums of 100 litres each and 180 kegs of 25 litres each of Premium Motor Spirit, otherwise called petrol.

In her words, “They will be auctioned and the proceeds will be remitted accordingly. We were also able to identify a petrol station carrying out illegal activities within its premises. The petrol station has been sealed and arrested suspects were made to write statement and undertaking to desist from such illicit activities.’’

“For this phase of seizures, the total Duty Paid Value is equivalent to N193,777,829. In summary, the cumulative Duty Paid Value from January to April is N312,189,456. Within the period under review, we have made 72 seizures and 63 detentions” she revealed.