Why Nigeria Seaport is behind Lome in cargo Transshipment- WARTU 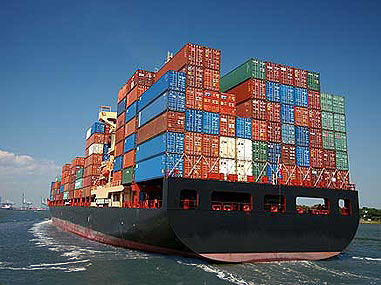 The Nigeria seaport, as of today is trailing the Lome Port according to the West Africa Road Transport Union (WARTU). The Union has therefore called on the Nigeria government to as a matter of urgency make every possible effort to connect railway to the nation’s ports, saying failure to do so will make Nigeria to continue to loss its status as Africa business hub.

The Union made this called in a statement issued on Monday through its Public Relation Officer, Alhaji Nasiru Salami, saying the absence of rail connectivity to Nigerian ports has been resulting to cargo diversion to other neighbouring countries, especially Togo.

According to Salami, as of today, Lome Port in Togo is the most organised seaport in transshipment of cargo in the sub region, stressing that the reason Nigeria seaport is still behind Lome and other ports in the sub region is simply because other competitive ports in West Africa are technological driven and also creating wealth for their respective nations.

He therefore urged the Nigeria government to make provision of infrastructure at the nation’s port an utmost priority so as to improve port efficiency and productivity.

He said “the reason why Lome (Togo) port is the number one transshipment port in West Africa today is because the Lome port has proper road network, trailer park, transit distribution center which can contain more than 2000 trucks.

“If the issue of railway connectivity is not resolved, Nigeria cargo will continue to be diverted to other ports and shippers cannot be responsible for lack of Infrastructure to connect Lagos ports through railway”, Salami said.