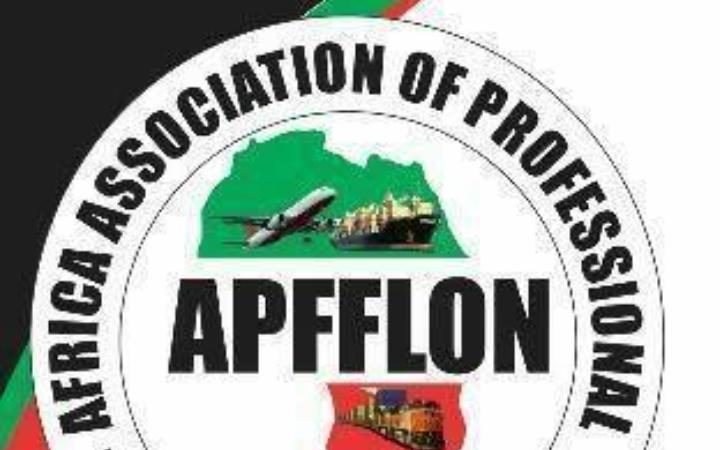 Africa Association of Professional Freight Forwarders and Logistics of Nigeria (APFFLON) has called on the presidency to stop the planned introduction of FORM A and Pre-Arrival Assessment Report (PAAR) for airport cargoes, saying the move will jeopardize the Executive Order  to the Ease of Doing Business by hindering trade facilitation.

The letter with reference number APFFLON/HQ/VP/000/20 is captioned “COMPLAINT ON THE ECONOMIC IMPACT OF THE INTRODUCTION OF ‘FORM M’ AND PRE- ARRIVAL ASSESSMENT REPORT (PAAR) FOR AIRPORT CARGOES ; THE NEED TO STOP THE PLANNED MOVE”.

Part of the letter reads “We, as frontline freight forwarders practicing in Nigerian ports, write His Excellency to highlight the economic dangers posed by the Nigeria Customs Service’ planned introduction of the novel cargo clearance procedures which include opening ‘Form M’ and PAAR at the airports, that the introduction will in no mean measure, not only disrupt the system but obviously deal a dazing blow on the Executive Order to the Ease of Doing Business by hindering trade facilitation”.

Copy of the letter, which was also made available to the media, was also sent to the Ministry of Finance, the Central Bank of Nigeria (CBN), Nigeria Customs Service (NCS) and Nigerian Shippers Council (NSC).

The association notified the Vice President in the letter that the Customs, perhaps, on the directive of the Federal Ministry of Finance, have concluded plans to stop the current system which is a faster process known as Procedure Code 4900, saying the planned new development was only unveiled to Freight Agents by Customs at the Murtala Muhammed International Airport (MMIA) on Friday, June 5th, 2020.

“While the Finance Ministry may have genuine reasons for the decision, the introduction of PAAR at airports on EVERY consignment would lead to dangerous delays in the delivery of very essential, time bound and fragile Cargoes, and also loss of man-hours and huge demurrage charges”, the association said in the letter.

APFFLON also pointed out in the letter that consignment that are mostly on urgent demands like medical equipment, important production materials for manufacturing companies, essential raw materials as well as Personal Protective Equipment (PPE) are mostly moved through the air, hence it must not be allowed to suffer delay.

“Unlike the Seaports, these air Cargoes lack the durability and toughness to face the attendant delays caused by the bureaucratic procedures that the generation of ‘Form M’ and PAAR usually undergo, lamenting that air freight forwarders would be facing challenges of paying exorbitant charges as storage to the ground handling companies by the introduction of ‘Form M’ and PAAR because of its attendant delays”, the letter said.

The Association lamented that air cargo sector was already overburdened, having been made to pay higher charges for storage of consignments to ground handling companies, stressing that the Nigerian Aviation Handling Company (NAHCO) PLC and Skyway Aviation Handling Company (SAHCOL) are insisting on payment of demurrage charges for consignment that arrived during the lockdown.

“By the reckless resolution of NAHCO and SAHCOL to indiscriminately increase their charges, the nation, particularly those operating at the airports that are dependent on such services, would suffer colossal charges and delays if the ‘Form M’ and PAAR are allowed as part of the prerequisites for air cargo clearance. Since aviation consignments are mostly fragile, essential and of urgent demands, we implore you to kindly use your good office to persuade the Ministry of Finance and the Customs Service to jettison plans to introduce this fiscal policy that can affect the Ease of Doing Business in Nigeria”, the association said in the letter.

Meanwhile, APFFLON has recommended the review and streamlining of the challenges with the Code 4900 platform, and the engagement of stakeholders, particularly freight forwarders, on the need to comply with the expeditious 4900 system.

APFFLON however expressed appreciation to the President Muhammadu Buhari led Federal Government for measures taken so far to curtail the spread of Covid-19 and promised that its members would continue to take all the precautionary measures to stop the spread of the virus.

The association also pledged that its members across the country will support the government and its relevant agencies in the ports in order to achieve its objectives, especially in the areas  of revenue generation, safety, trade facilitation among others.