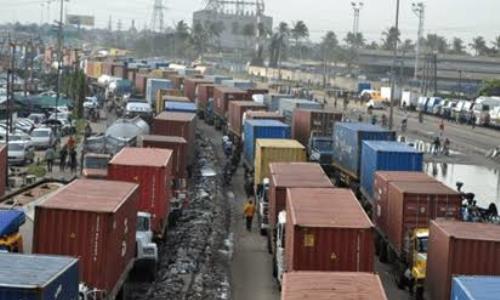 Truckers transacting business at the port have called on the management of the Nigerian Ports Authority to speed up actions in fulfillment of its promises to introduce electronic call up system to ease movement of trucks in and out of the seaports.

The Nigeria Port Authority had promised in 2019 to introduce electronic call us system for trucks at the port as part of efforts to boost trade facilitation, a development truckers believed would help to eliminate all forms of corrupt tendencies along the port corridor and also reduce the lingering gridlock on the port roads.

While speaking with newsmen at the weekend, the Head of Operations, Council of Maritime Transport Union’s and Associations (COMTUA), Alhaji Inuwa Abdullahi reiterated that the challenges along the port roads would be eliminated through an effective electronic call-up system for trucks.

Inuwa, who is also the Lagos Vice Chairman, dry cargo section of the Nigerians Association of Road Transport Owners (NARTO) also called on the Ministry of Works and Housing to fast track the ongoing construction of Apapa Oshodi expressway to reduce the pressure on the ports.

Lending his voice to the introduction of the electronic call up system, the General Manager, Operations NARTO, Chief Stephen Okafor averred that the system is long overdue, stressing that NPA has what it takes to introduce the call up system.