HomeHAULAGENSC: Rail system will create competition, give truckers run for their money
HAULAGELOGISTICSPORTS

NSC: Rail system will create competition, give truckers run for their money 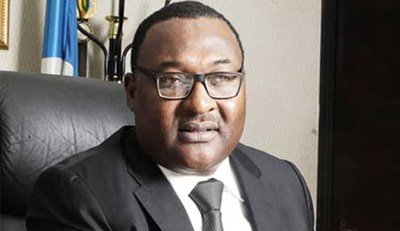 The Executive Secretary, Nigeria Shippers Council (NSC), Mr. Hassan Bello has once again reiterated the commitment of the Nigeria government to curb the gridlock hindering access to the port, saying the rail system will solve the gridlock problem when it becomes operational.

Bello also stated that diversified means of transportation would reduce the cost of transport and port gridlock in the country, stressing that functional rail will pose huge competition for truckers and give them run for their money.

While addressing newsmen in Abuja, Bello noted that transport drives the economy and President Muhammadu Buhari’s led administration was working at ensuring diversification of the country’s transport system.

He said “We have been having challenges in Nigerian ports because of some distortions. Our dependence on the road has cost us a lot, or has stiffened and made it impossible for transportation to make an expectant contribution in terms of revenue, in terms of employment and infrastructure but the government is trying. If not for COVID-19, we will not be having gridlock; we would have connected the rail to the ports.

“Now connection of the rail to the port is significant, because it will do two things, for every trip the rail makes, 38 trailers are removed from the port. Before now the monopoly is on the road traffic, it is only the dominant, maybe 90 per cent of connection that is dropping cargo to the port. You can’t rely on one mode of transportation. Nigeria Shippers’ Council has now encouraged rail employment and also evacuation from the ports and that will be at a cheaper rate,’’ THE Shipper council boss said.

Bello reiterated that various stakeholders in the maritime sector were collaborating to strengthen the standard operating procedure for the rail.

He said “…And that will mean two things, we have an alternative to road, we remove a lot of trucks and we give the truckers a run for their money. There will be competition, so this will mean prices of transportation will crash very soon in time to come and that is one of the achievements.’’