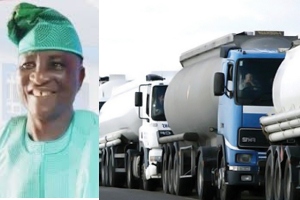 Petroleum Tanker Drivers (PTD) have threatened to shut down operations across the country with effect from October 8, 2021 to drive home their demand for government to take action on the deplorable state of the roads across the country.

The union had called on her members last week to immediately embark on work to rule action with effect from Monday September 27th, in preparation for total withdrawal of their services that will commence from October 8, 2021, if the Federal Government fails to address its demands.

The union made this known in a communiqué issued at the end of PTD branch of Nigeria Union of Petroleum and Natural Gas Workers (NUPENG) executive meeting, which took place on Saturday September 25, in Enugu State.

In his remark, the Chairman of PTD, Salmon Oladiti, expressed displeasure over the deplorable and shameful state of the highways across the country, despite several calls and threats that it issued to government, saying the highways have turned into death traps and dens of truck hijackers, pointing that his members are losing their lives and livelihoods on hourly basis.

“The list of these highways are endless and Petroleum Tanker Drivers have been going through harrowing situations, even while rendering selfless national services, to ensure delivery of petroleum products to homes and factories in every nook and crannie of this country, day and nights, in good and bad weather,” he said.

He expressed regrets that his members were usually the first casualties in all the areas of government failures, with regard to safety of lives and property of Nigerians.

Among other grievances, the council-in-session noted with deep concern, the Federal Government’s refusal to enforce the compulsory installation of safety valves in all petroleum trucks to protect the inflammable contents from spilling over during road mishaps.

The union said it sees the failure of the Federal Government in this regard as height of insensitivity to the lives of innocent Nigerians, stressing that the union cannot continue to fold its arms, while its members are daily getting burnt everywhere.

The council-in-session also considered with pains and total disgust, the continued unscrupulous abuse of tonnage capacity of petroleum trucks by marketers and transporters across the country.

The union said the abuse was negatively affecting and impacting on the safety and control of drivers on the wheels, as well as the durability and sustainability of the highways.

The council-in-session said it couldn’t fathom any logical reason for government’s failure to ensure compliance with basic tonnage requirements on highways.

“Without any iota of doubt, this abuse contributes in no small measure to the increasing carnage on the highways, with accompanying loss of lives and property and the continuing damages of these highways.

“After an exhaustive deliberations on these highly important safety issues, the council-in-session unanimously resolved to resume the suspended action of May 1, 2021, earlier issued and authorised by the national secretariat of the union.

“The branch executive council-in-session agreed and resolved that safety of members lives in particular and the safety of lives and property of the public in general, are of major concern to the union, and must be immediately and urgently acted upon by the union and all relevant governmental agencies.