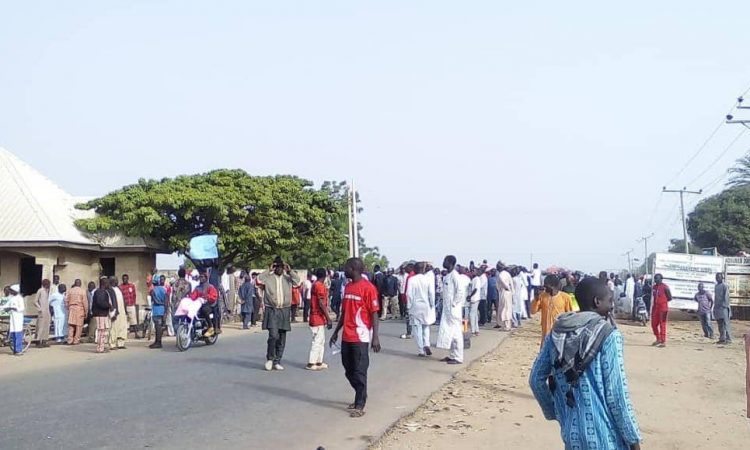 At least three people reportedly died in an auto crash on Monday morning at the Viniklang junction, in Adamawa State.
The accident which happened a little distance away from Jimeta bridge, involved a Truck loaded with grains, Naija News learnt.

According to reports, two of the victims were riding on a motorcycle while the other was trying to cross the road when the truck rammed into them and crushed them to death.

The disturbing accident has caused chaos in the area as Irate youths are said to be protesting the killings involved.

It was reported that the mob have blocked the highway and are demanding justice, claiming that the articulated vehicle was speeding down the slope of the Bajabure industrial complex hill when it crushed the three men at the Viniklang junction.

There was heavy traffic congestion at the Jimeta bridge at the time the report was given.

The Irate youths are said to have threatened to burn the truck.

However, security personnel comprising the police and civil defence officers have arrived at the scene and have evacuated the remains of those killed.

They are also working to contain the angry youths.