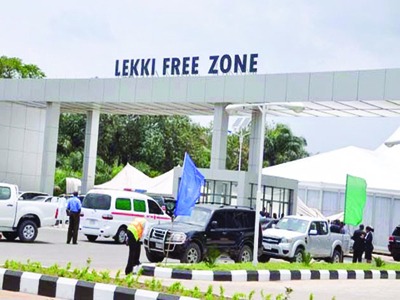 In a bid to boost efficiency at the Lekki Free Trade Zone, the Lagos State Government has begun the construction of two truck parks worth N40bn through a private-public partnership arrangement.

The Managing Director, Lekki Worldwide Investment Limited, Dr Tunde Sodade, said this during an event in Lekki on Friday.

Sodade, who explained that each of the parks would cost a whopping sum of N20bn, also announced that works have started on the projects, adding that the target is to complete the work by the last quarter of the year.

He added that each of the truck parks would be sitting on a 50-hectres of land with all the transport agencies both federal and state fully represented at the park.

“The lodging facilities will be privately sponsored; the state government or any other government should not be advised to lay out such a huge amount of money because other sectors will suffer. So, we are trying to do it with the most optimised funding mechanism. The plan has started already, everyone is asking when we are starting, people forget that you spend more time on the drawing board designing and planning. The design is ready, it is going through the procedures.”

“After the Ministry of Works everything is ready but they have to do things a step at a time because we can’t go and clear one bush and say that the work is done. We can do it like that but Governor Sanwo-Olu is not like that”

The LWIL boss explained that the park would be a modern park with so many other facilities in it.

“In addition to that other facilities are built, it is not going to be a park and go, there is going to be a market facility, health facility, lodging facility for drivers who may be spending days there.