NPA Struggle To Save Terminal From Redundancy 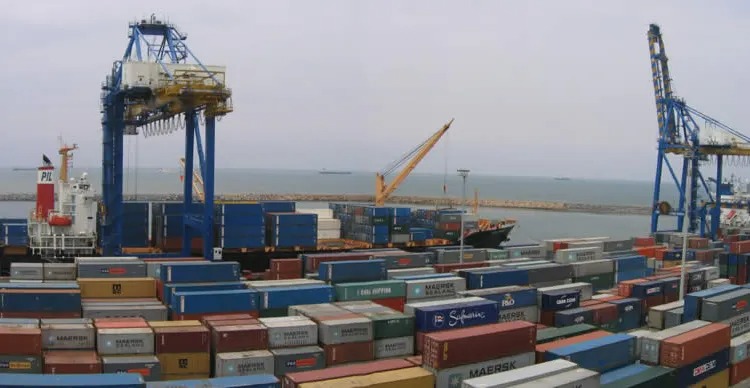 For the fourth time, Nigerian Ports Authority (NPA) has re-designated Lilypond Container Terminal in Ijora, Lagos. The terminal was first concessioned to Lilypond Container Depot Nigeria Limited (LCDNL) in 2006 by NPA, but the concessionaire disengaged from the terminal because of non-profitability and was redesignated as a specialised processing and handling facility for the exportation of the country’s locally-made finished agricultural goods.

For instance, in 2017, it was converted to export terminal by government with the intension of exporting non-oil such as yam, cocoa, cashew nuts, rubber, Hibiscus flower, cocoa butter, sesame seed, processed wood, frozen shrimps and processed leather. However, the NPA did not generate any revenue from exports as envisaged because of stiff competition from the Lagos and Tincan Island ports. In 2020, the terminal was also converted to truck holding bay in order to remove the gridlock on the port road before the latest decision to use the terminal as export facility. According to NPA’s General Manager, Corporate and Strategic Communications, Ibrahim Nasiru, the new move will ease the bureaucratic and logistics bottlenecks faced by exporters, thereby promoting better access of the country’s non-oil exports into international markets. He said that the Managing Director of the Authority, Mr Mohammed Bello-Koko, made the pronouncement at NPA’s Special Day celebration at the on-going 43rd Kaduna International Trade Fair with the theme: “Re-strategising Nigerian Economy for Global Competitiveness.” He said: “The Lilypond terminal will offer exporters a one-stop space to carry out their transactions at a reduced cost and time, thereby increasing their profit margin and competitiveness in the international market. According to him, NPA had initiated several strategies to maximise the movement of non-oil exports across the country’s borders, noting that the Authority was in discussions with the terminal operators to give priority to exportation of agricultural produce and solid minerals. The managing director added that this would stimulate the country’s domestic economy, create thousands of jobs and increase the revenue profile of government at all levels. He said: “The Nigerian port industry remains a prime economic driver, bearing in mind that 85 per cent of the country’s trades are handled through the port. Maritime transport remains the main gateway to the global marketplace.” He believes that Nigeria should be the hub of international trade in Africa, being the largest economy on the continent. However, when the 7,000 TEUs space capacity was converted by the Federal Government to boost agricultural exports and revenue in 2017, it was gathered that no fewer than 2.3 million tonnes of nonoil were expected to be shipped through the terminal annually but the Lagos Port Complex and Tincan Island Port stifled Lily Pond Container Terminal out of export business within one year. Findings by New Telegraph revealed that government realised N70.6 billion within the first four months of 2018 from the two main ports in Lagos, while Lilypond terminal recorded zero revenue from export. Instead, weeds, rodents and reptiles took over a large portion of the terminal.

It was gathered that while the Lagos Port complex generated N41.43billion ($115.09 million) from 280,000 tonnes of various exports routed through the port, Tincan Island Port generated N29.15 billion between January and April, 2018 from 45,462 metric tonnes of cargoes into government coffer at Tincan island Port. At Tincan, the non-export goods were 558.5 per cent increase in terms of volume and 402.3 per cent in value when compared to 2017 corresponding period when the command was able to generate N7.25 billion from 8,140.6 metric tonnes of goods. Giving reasons why weeds sprouted at the terminal, a cargo consolidator at the terminal, Mr. Samuel Babatunde, explained that the terminal was not suitable for export because of its distance to the seaport, which would lead to additional charges on cargo. He explained that the terminal is four kilometers away from Lagos Port Complex, Apapa. He noted that the terminal was a bonded terminal created by the Nigerian Port Authority (NPA) to ease congestion at the main ports in Lagos.

Babatunde said that there were already dedicated export sections, which exporters would naturally prefer to patronise at Tincan Island and Lagos ports in order to cut cost. He explained that declaring the terminal an export terminal was a misplaced priority. Also, the Chief Executive Officer of Sceptre Consult Limited, Mr Jayeola Ogamode, explained that the port was idle because of the present gridlock at the Ijora and Wharf road axis. He said that exporters had specific time to deliver their cargoes to their consignees, saying that once there was a failure to deliver within a stipulated time, owners of cargoes would lose money.

“Creating a special terminal in a remote place can never work, no serious exporter will patronise it. If you look around, no activities is going on here,” he said. Besides, Ogamode noted that cost of moving the consignments to the main port would be higher. To avoid paying double charges, he said that exporters prefer to use the main ports because the price at which they would sell their commodity at the international market had been fixed. He added: “For instance, if the unit price of your commodity is $10 and you have already incurred $9 on freight, there is no way you will make enough profit. The best option for government is to lease out the terminal to shipping lines without holding bays to enable them stack their empty containers, while the main ports should be allowed to compete with export cargoes. “The terminal can host between 6,000 or 7,000 Twenty Equivalent Unit of containers. If government is charging at least N1,000 per container daily before they are finally transferred to their destinations abroad, they would make money.” Government should create ease of doing business and the incentives that would make exporters patronise the terminal.