High Diesel Price: FG To Announce New Deal With Marketers On Monday, Movement Of Petrol To Resume From Depot 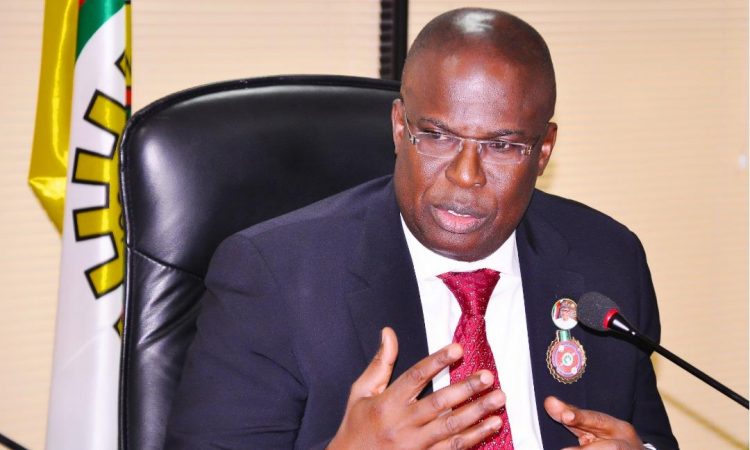 The Minister of State for Petroleum Resources, Timipre Sylva and the Nigerian National Petroleum Company Ltd have reached an understanding with oil marketers to resume loading and movement of Premium Motor Spirit from the depot.

The deal which is expected to be announced on Monday will bring to an end the transportation challenges being faced by oil marketers in the distribution of petroleum products across the country.

The understanding between the Ministry of Petroleum Resources, NNPC and the oil marketers followed the challenges being faced by some of them in the distribution of PMS as a result of the high diesel prices.

Crude oil is selling over $139 per barrel and as a deregulated product, when crude prices are high, diesel prices are expected to rise as well.

It was gathered that transportation cost has become too high for marketers because of high price of diesel which is not regulated.

Due to the unregulated nature of the price of diesel, the federal government does not subsidize the product, thereby making the price to be determined by the international market.

But in a bid to resolve the issue, it was learnt that the NNPC GMD, Mele Kyari issued a letter that the NNPC selling price to depot owners be adjusted downwards and the difference added to bridging cost paid to retailers.

In a tacit confirmation of the development, the Nigerian Association of Road Transport Owners has called on its members to resume full operation.

It said this followed the decision of the federal government to pay the 25 per cent increase in freight rate for petroleum products, which amounts to N11.87/litre, up from N9.5 per litre previously. Some of the members have since suspended their services because of high cost of operation. Consequently, they demanded increased freight rate from the Federal Government.

Othman assured the members that the association is working hard on how get Automative Gas Oil (AGO) diesel palliatives from the Federal Government.

He said, “I am calling on our members (transporters) to get back to full operation now that 25 per cent has been implemented.

“I can confirm that the 25 per cent rate has been approved and implemented. So, I am calling on members to get back to operations with a view to reducing the sufferings of the general public. In addition, we are trying to look into how to get AGO palliatives from government.”

Findings revealed that the hike in Ex-depot price was being done by greedy depot owners who have been warned repeatedly against such practice.

Meanwhile, the NNPC said it has not increased the Ex-depot price of Premium Motor Spirit (PMS) also known as petrol

It said this in a statement posted on its twitter handle on Sunday in reaction to some reports purportedly claiming that a review of the ex-coastal, ex-depot and NNPC retail prices have been carried out.

“It is fake news obviously concocted to cause confusion and to undermine the progressive drive of the NNPC to restore normalcy to the market.

“The general public and in particular industry operators at all levels should disregard this mischievous act of misinformation.

“NNPC Ltd remains focused and determined to reposition itself to provide value to its shareholders, while meeting its statutory obligation as provider of energy security for our country,” the statement reads.