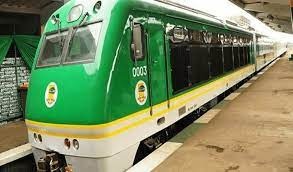 The Nigerian Railway Corporation (NRC) has suspended operations along the Abuja-Kaduna route after terrorists blew a track and attacked a train Monday night.

Dear passengers, due to unforeseen circumstances, train operations along the Abuja-Kaduna route has been temporarily suspended. Further Communication would be given in due course,” NRC tweeted on Tuesday.

The terrorists reportedly bombed the train track with an Improvised Explosive Device (IED) which forced the train to derail.

Kaduna State commissioner for internal security and home affairs, Samuel Aruwan, said the government contacted relevant security agencies who made “robust deployments of personnel” to “secure the passengers on board.”
“Efforts are ongoing to convey the passengers from the location and others that sustained injuries have been rushed to hospitals for urgent medical attention,” Aruwan said.

He said Kaduna State government is liaising with NRC to ascertain the list from the passengers’ manifest for efficient tracking to acquire an accurate inventory of all passengers and their actual status.

Aruwan noted that “security forces continue to comb the general area in additional rescue efforts.
“Emerging developments will be communicated to the public.