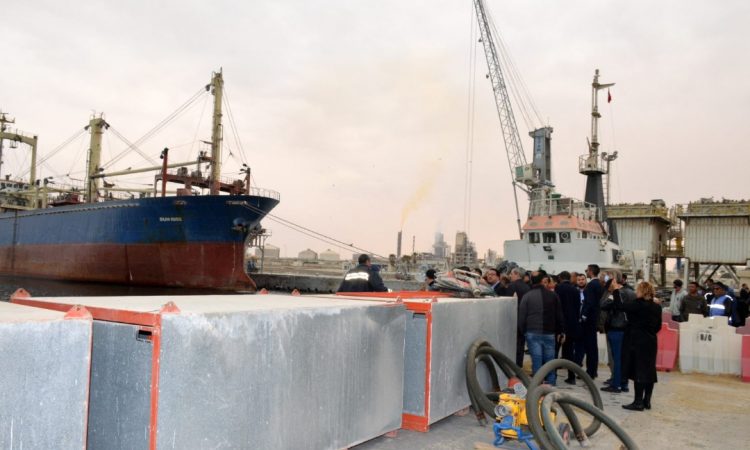 A tanker carrying 750 tonnes of diesel fuel from Egypt to Malta sank on Saturday off Tunisia’s southeast coast, but officials said a large spill would likely be avoided.

The crew of the Xelo vessel had issued a distress call on Friday evening and sought shelter in Tunisian waters from bad weather before going down in the Gulf of Gabes in the morning, the authorities said. Environment Minister Leila Chikhaoui, who travelled to the port of Gabes on Saturday to help oversee the response, said the situation was “under control”.

“We think the hull is still watertight and there is no leakage for the moment,” she told AFP. “We think that the means we already have at our disposal will allow us to limit the accident,” she said, adding that the government would not hesitate to appeal for foreign assistance if necessary. The district court in Gabes said it had opened an investigation into the accident.

Court spokesman Mohamed Karray said the tanker had issued a distress call before it “sunk this morning in Tunisian territorial waters”.

The Equatorial Guinea-flagged Xelo was headed from the Egyptian port of Damietta to Malta when it requested entry to Tunisian waters. The tanker is 58 metres (63 yards) long and nine metres wide, according to the ship monitoring website vesseltracker.com.

It began taking water around seven kilometres (over four miles) offshore in the Gulf of Gabes and the engine room was engulfed, according to the Tunisian environment ministry.

It said Tunisian authorities evacuated the seven-member crew.The environment minister said authorities were waiting for the “weather to improve in terms of both the wind and the swell before sending down divers to check with more certainty on the state of the hull”.

The weather was still too poor to start Saturday, Chikhaoui added.

As a precaution, protective booms to contain any oil slick have been placed in the water around the wreck under the supervision of the military. Court spokesman Karray said the Georgian captain, four Turks and two Azerbaijanis were briefly hospitalised for checks and were now in a hotel.

The defence, interior, transport and customs ministries were working to avoid “a marine environmental disaster in the region and limit its impact”, the environment ministry said.

Before the ship sank, the ministry had described the situation as “alarming” but “under control”.

The Gulf of Gabes was traditionally a fishing area but activists say it has suffered from pollution caused by phosphate processing industries based nearby and the presence of a pipeline bringing oil from southern Tunisia. In a statement on Saturday, the Tunisia branch of the World Wildlife Fund said it feared a “new environmental catastrophe in the region”.

It said the area where the ship went down was a “fishing ground for 600 sailors”, adding that the wider Gulf of Gabes provided employment for around 34,000 fishermen who had already been contending with chemical pollution for decades.

The last maritime accident involving the country was in October 2018, when Tunisian freighter Ulysse slammed into the Cyprus-based Virginia anchored about 30 kilometres (20 miles) off the northern tip of the French island of Corsica, sending hundreds of tonnes of fuel spilling into the Mediterranean.

It took several days of maritime manoeuvres to disentangle the boats and pump some 520 cubic metres of propulsion fuel, which had escaped tanks.