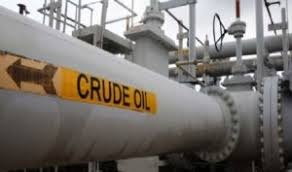 In continuation of its operations against crude oil thieves in the Niger Delta region, the Nigerian Navy has arrested three suspected oil thieves and twin tank trucks.

Commodore Atakpa represented by Cdr. Ola Babatunde, Acting Base Information Officer NNS Soroh who performed the handing over ceremony at the Central Naval Command, Yenagoa Bayelsa State on Wednesday disclosed that items recovered from the suspects are five mobile phones, as well as cash amount of #908,700 only, were confiscated and taken to the base.

According to him the suspects were arrested by the patrol team while conducting anti-crude oil theft patrols along Patani Highway enroute Warri in Delta State.

“The occupants of the truck arrested are; Mr Umar Muhammed and Mr Kabiru Muhammed where further placed under own detention and truck impounded in own premises for further interrogation.

“In another development, our team in the ongoing effort to clamp down on all forms anti-crude oil theft and bunkering, deployed at about 1907 of April 2022 based on actionable intelligence.

“The truck was intercepted along NNPC junction by Yenagoa Toll Gate. Following these developments three suspects are hereby handed over to NSCDC Bayelsa State Command for further investigation and possible prosecution for crime of economic sabotage.

“On behalf of the Flag Officer Commanding Central Naval Command, Rear Adm. Idi Abass and the Commander NNS SOROH, Commodore SD Atakpa, I wish to reiterate that the Navy in her commitment towards the fight against crude oil theft, illegal bunkering and other maritime crimes. It is noteworthy that, the Nigerian Navy remains committed in dealing with persons involved in this dastard acts within Nigerian waterways,” he said