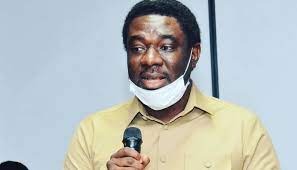 Speaking at a media forum, President of PENGASSAN, Festus Osifo, who bemoaned the high rate of casualisation in the sector, said the unions are championing the course to ensure about 90 per cent of workers in the sector are unionised and have a collective bargaining agreement (CBA).

As part of plans in achieving this, Osifo, disclosed that the unions are planning a workshop, with critical stakeholders in attendance, and would come up with a communique, which is implementable with an action plan on how they would further address the issue of casualisation.

Osifo affirmed that the move was a message of hope for workers in the sector, as part of efforts to commemorate this year’s International Workers’ Day on May 1.

According to him, the first step to addressing casualisation in the industry will be to unionise the workers, as the task of advocating for such workers will become easier to manage.

“We aim to ensure all workers in the sector are unionised and bring the issue of casualisation to the barest minimum. We also recognise that even if you are contract staff, you are better off when you come under the umbrella of PENGASSAN and NUPENG.

“This means that your cases can be properly managed and your courses can be adequately championed. So, PENGASSAN and NUPENG are collaborating in that front to ensure that we reduce the issues of casualisation to the barest minimum,” he said.

Among other pertinent issues, such as addressing crude oil theft in the country, the PENGASSAN boss, said the menace had continued unabated due to bad governance.

He advocated for consequences for defaulting security operatives posted to secure pipelines. He pointed out some of the security agencies aiding and abetting crude oil theft, stressing that they should be held responsible and used as a scapegoat.

Osifo, in presence of his central working committee (CWC) members, also called on the Federal Government to focus more on industrialisation.

On how prepared the union is, if eventually Nigeria achieves the aim, Osifo said: “We will begin an aggressive training and awareness campaign to optimise our workers’ skills and be relevant when it eventually happens.